Gaining a Competitive Edge through Compliance with Basel III

As the world recovers from a crippling financial crisis, the Basel Committee on Banking Supervision has stepped up its efforts to improve the resiliency of the financial sector. On September 12, 2010, the Group of Governors and Heads of Supervision - the oversight body of the Basel committee - announced a substantial strengthening of existing minimum capital requirements for banks. Under the new reforms, banks will have to increase their minimum common equity levels from the current 2% to 4.5%. In addition, they will be required to hold a capital conservation buffer of 2.5% to withstand future periods of stress.  That brings their total common equity requirements to 7%.But it doesn’t end there. Banks will have to comply with new leverage ratios, liquidity funding standards and risk management requirements. They will also be required to set aside a countercyclical capital buffer (0% - 2.5% of loss absorbing capital) to better absorb the shock of future financial stress. 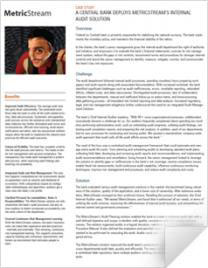 But the success of Basel III will depend largely on how well it is implemented. Right now, the impetus to implement the reforms is high. However, given the extensive time period that banks have to comply it is likely that one of several things could happen before compliance becomes mandatory - The memory of the financial crisis would fade, making countries lax about Basel III implementation; political and economic changes would alter the regulatory environment; compliance in some countries would be delayed, thus giving them certain competitive advantages over others that have already complied.

Regulators will need to ensure that these limitations can be overcome through consistent monitoring, regulatory reporting and the establishment of uniform compliance deadlines. They will also need to focus on other aspects of the financial system beyond capital requirements. After all, the financial crisis was not caused solely due to a lack of loss absorbing capital. Inadequate governance and risk management systems were just as much to blame. Regulators will need to ensure that all these aspects are taken into consideration before compliance is made effective.

Views on Basel III have been divided. While the spirit of the reforms has been applauded, there is a growing concern over the proposal’s impending impact on capitalization and funding levels. Banks will not only have to hold more liquid assets, they will also have to finance these assets with stable and long-term funding. Clearly, the road ahead will be difficult especially for those who have barely scraped through the financial crisis.

Bigger banks will find the reforms even more challenging. Under Basel III requirements, systemically important banks will have to establish loss absorbing capital beyond the standards already announced by the Basel Committee. The demand for better risk management programs and enhanced regulatory reporting are poised to put a further strain on profitability. Banks will need to redefine several functions including funding, credit, capital management and asset-liability management in order to comply.

Compounding the issue is the complexity of the new reforms. Basel III can be quite daunting even to the most seasoned industry insider. Besides, it isn’t the only reform that banks have to deal with. Post the financial crisis, a number of banking regulations have been introduced in the US. Therefore in addition to existing regulations like SOX, GLBA and Anti-Money Laundering mandates, banks will have to comply with new regulations such as the so-called Volcker Rule and now the Basel III reforms.

Transforming compliance into a competitive advantage

Given the large body of regulations confronting banks, it isn’t surprising that compliance is often viewed as a hindrance. Other times it is seen as a chore that needs to be gotten out of the way in order to focus on the core business. But in truth, compliance represents a tremendous business opportunity - a way in which to invoke trust and confidence in the brand. For instance, compliance with Basel III norms would indicate that the bank in question is deeply committed not just to its shareholders and customers, but to the stability of the economy at large. Such banks are the first to attract and retain customers, enabling their business to scale to greater heights of success.

That being said, compliance is far from easy. Basel III will require banks to assess risks, calculate capital, implement controls, monitor compliance, document findings, resolve issues and provide reports to regulators and Boards. All these functions will no doubt drain time, money and effort. However, with the right solution framework, banks can not only ensure compliance, but they can also reduce costs and enhance efficiency.

The key is to adopt a technology framework that:

Basel III is here to stay. So instead of delaying compliance or viewing it as an unnecessary hindrance, banks would do well to begin charting out a solution that can help them turn compliance to their advantage. A well-planned and well-implemented compliance strategy can help them reduce the costs of compliance while maximizing business performance and satisfying customers.