How to Put Together an Effective Audit Program

Putting together a streamlined Audit plan is a complex task for most of the audit managers.
Audit Managers come across various obstacles in a streamlined audit plan and these issues either cost focus of major audit tests or increased time. Rapidly changing technology and the resistance to change further adds up to the problem. Misplaced focus and increased time, are some of the major concerns leading to inefficient audits leaving loopholes in the functional areas audited. 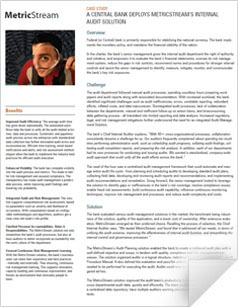 Key Challenges
Major challenges that audit managers face while performing tasks like defining the audit schedule, allocating appropriate resources, updating and creating audit tests, reviewing current hour of the work paper, drawing conclusions based on development and evidence, presenting finding and recommendations to management, training and being trained and handling, all of the administrative work in a company. Highlighted below are some of the most common challenges in managing internal audit: