The awards recognize individuals, customers, and partners who have demonstrated a strong commitment to GRC to achieve superior business performance

December 4, 2018 | London, UK: MetricStream, the world’s largest independent provider of governance, risk, and compliance (GRC) apps and solutions, recognized customers and partners at the GRC Journey Awards ceremony, held at the GRC Summit 2018, on November 12, at the Royal Garden Hotel in London. The GRC Summit 2018, the largest gathering of GRC thought leaders, domain experts, practitioners, and independent analysts provides a platform to debate and explore strategies and solutions to today’s most pressing business challenges, including Brexit, UK Senior Manager’s Regime, and emerging disruptive technologies such as artificial intelligence (AI) and blockchain.

The awards are held each year to celebrate and honor business partners, individuals, and organizations that have demonstrated commitment to their GRC journeys by leveraging well-executed GRC programs to achieve superior business performance.

“With consumer trust and shareholder value becoming increasingly dependent on integrity, it is critical that we recognize the individuals, organizations, and business partners who stand as beacons in the digital economy,” said Mikael Hagstroem, CEO of MetricStream. “Their exceptional dedication to Perform with Integrity is inspiring and demonstrates that organizations can derive exceptional impact and reputational value from their GRC programs.” 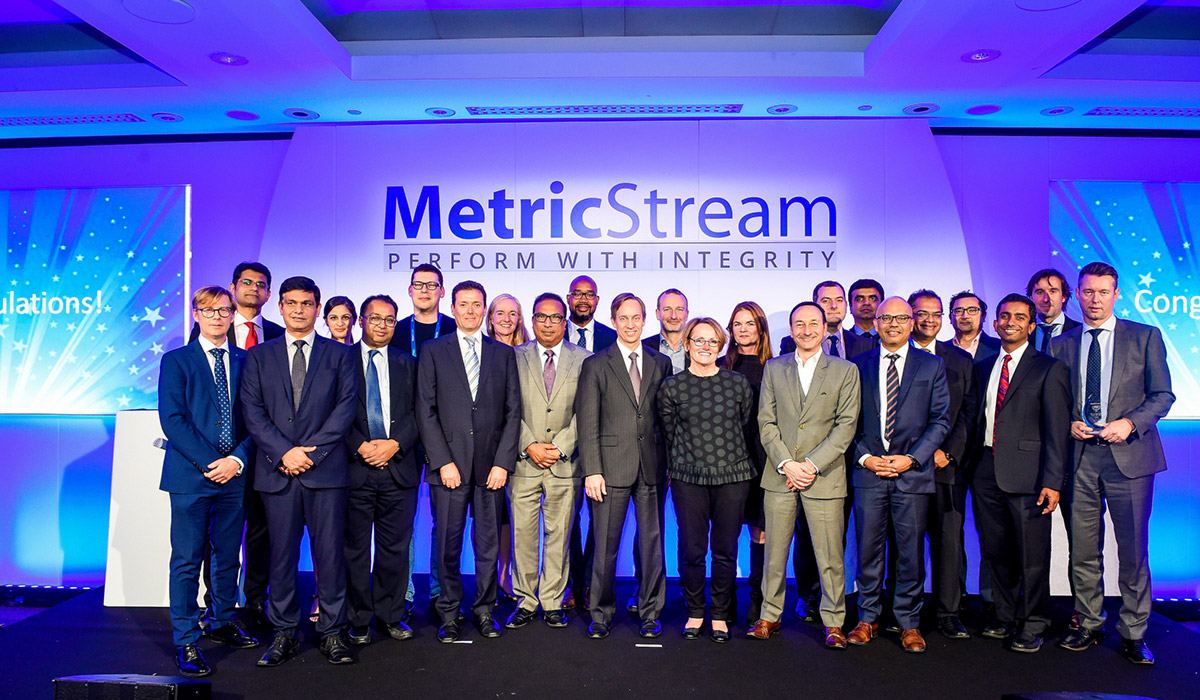 The GRC Visionary Award recognizes individuals who have a passion for GRC and a strong vision for their organization’s GRC journey. The awardees were: Gregory Smith, Head of Sourcing Vendor Solutions, Swiss Re; Mark Gibb, Head of Safety and Standards, dnata.

The GRC Journey Award recognizes customers who have made exceptional progress along their GRC journey with a clear vision of integrated GRC, a high level of GRC maturity, and strong processes to adopt GRC across the enterprise. The awardee was: Bank AlJazira.

The GRC Partner Award recognizes MetricStream’s business partners who have provided exceptional service and GRC expertise to our customers. The awardees were: HCL for the M7 customer success story, Profile Software for the Emerging Partner award, Deloitte CEE and Infosys for Partner Center of Excellence award and KPMG for the Partner of the Year award.

The GRC Program Excellence Award recognizes MetricStream customers who have built a world-class integrated GRC program across the enterprise that is pervasive – from the board and C-suite, down to the front lines. The awardee was: Crédito Agrícola Portugal.